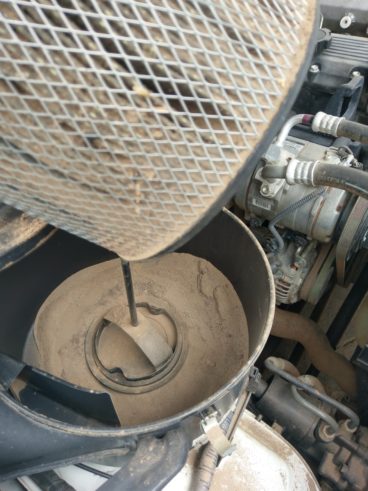 If you are driving a modern turbocharged vehicle there is a lot that is going on under that hood that needs checking hence the reason for regular interval services. Now here we are only going to talk about the air induction system.

Whilst we all feel our vehicles are running fine, by this I mean you get up in the morning and you put the key in, and she starts. You pop it into gear and off you go to work, or the shops all seem’s to be good right. So depending on the location and season, air will contain numerous contaminants, such as insects, leaves, soot, pollen, and dust, and as you are driving along you don’t see any of this being ingested, but guess where it ends up? Trapped in the air filter of course.

So to make it a bit easier to understand, whilst you are trundling along and your engine revs, are say at around 3000 rpm, a turbo chargers’ turbine can reach rotational speeds of more than 280,000 rpm drawing in roughly 13500 liters plus of air every minute. This air is being sucked through the air cleaner and into the engine, contaminants, and all. Most of the contaminants will be stopped by the air cleaner but the more it sucks the more it gets damaged eventually leading to failure.

So the question is when was the last time you had or had someone look under the hood to make sure all is as well as it should be? I take it you have not given it a second thought.

ECU tuning is for vehicle owners who want more power from their vehicles, or fleet owners who would like savings on their fleet operating costs.

For vehicle owners who feel they want more. They want to go faster, quicker and enjoy the thrills of the ride.

Fleet owners are always looking for ways to reduce operating costs and the best ways we have found is to tune the vehicle for economy and limit the engine RPM to an area where you still achieve the power but are not overworking the engine, wasting fuel.

To achieve any of the above, we will first download the current ECU maps from the processing chip of the vehicle’s computer. Adjust various parameters within the map such as fuel pressure, boost pressure (on turbocharged applications) ignition advance, torque values, and throttle pedal control amongst others to release the true performance from the engine. In doing this we do not change any hardware, but only modify the operating parameters in the ECU’s maps. Remapping will not only improve the engine’s power and torque figures, but it will also sharpen the throttle response and widen the power-band. This will make the power delivery a lot more linear and in turn, will make the vehicle feel a lot lively to drive. The other benefit of remapping will be a reduction in fuel consumption. With the extra torque, you should see a fuel-saving, as with the extra power it is easier to maintain cruise speeds. You will be able to drive in a higher gear at a slower speed as well as helping significantly when fully laden, towing.

The importance of using genuine filters is to protect you from unwanted expenses on your vehicle or equipment. In my view, the image says it all.
Even though genuine parts are slightly more expensive than aftermarket copies it is safer. At the end of the day you will save money in protecting your components. In this case he had fitted a ‘knock-off’ (non genuine) filter, and ended up paying dearly for this mistake.
By the time we got it the damage was irreversible.

Water Contamination Of Fuel During The Rainy Season

During the heavy rain season, one needs to take care of where you fuel your vehicles, as water contamination in fuel substantially increases. We see a great deal of Injector pumps and vehicles damaged to water contamination leading to expensive repair costs. To safeguard yourself and your vehicle, where possible use stations on high ground as the chances of water contamination in their ground tanks due to seepage is less likely. Fuel stations in low lying areas such as valleys are more susceptible to ground water finding its way into the storage tanks especially during flooding.

Water in the fuel can impact several different aspects of the vehicle / machine, it will

The more water your diesel contains, the more likely you are to suffer from the growth of microbes such as bacteria and fungi. The presence of water encourages microbial growth  also know as diesel bug contamination. Water has a detrimental effect on your engine. It will corrode components, encourage acid build-up, reduce lubrication and cause detrimental damage to you vehicles fuel system.

Water Contamination Of Fuel During The Rainy Season

During the heavy rain season, one needs to take care of where you fuel your vehicles, as water contamination in fuel substantially increases. We see a great deal of Injector pumps and vehicles damaged to water contamination leading to expensive repair costs. To safeguard yourself and your vehicle, where possible use stations on high ground…

To schedule an appointment with your friendly neighborhood experts at Car Repair Services, give us a call at +254721634550 or fill out the form below with your information and requested services. One of our team members will get back to you as soon as possible to confirm your appointment.

We use cookies to ensure that we give you the best experience on our website. If you continue to use this site we will assume that you are happy with it.Ok